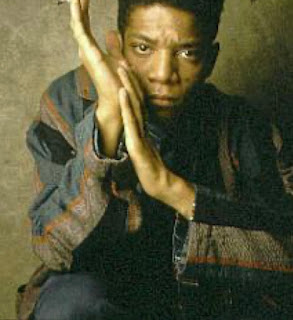 Jean-Michel Basquiat first attracted attention for his street mural work under the name "SAMO" in New York City.  He also is well known for using the symbol of a crown in his work.

If you could choose one nickname (3-5 letters) and one symbol to represent you, what would your name and symbol be? 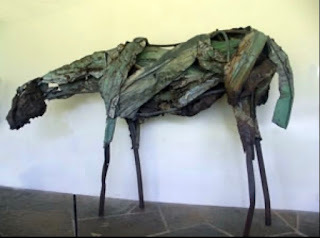 If you could pick one subject (anything at all - living or non living) to reference as inspiration for a life size sculpture of your own what would it be? 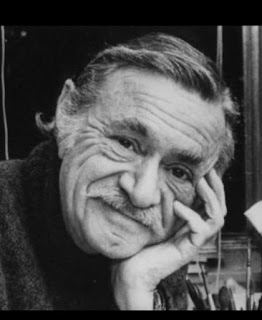 What would be the seasonal backdrop for a children's book of your own?  Come up with a quick story line, celebrating this season. 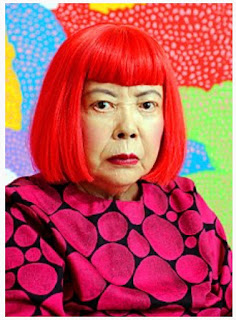 Yayoi Kusama is a Japanese contemporary artist who works primarily in sculpture and installation.  Kusama is fascinated by the concept of infinity and, at first, used polka dots in her installations to portray this idea.

What is your favorite number?  What would be a way for you to make others aware of this without specifically naming the number itself? 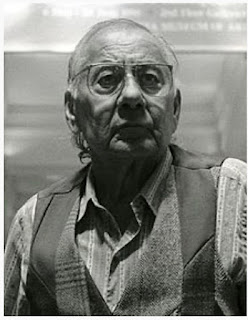 George Morrison was an American landscape painter and sculptor.  His native name was Wah Wah Teh Go Nay Ga Bo  (Standing in the Northern Lights).  Morrison created collage landscapes out of found wood.

If you had to roam the world for one type of found item, what would it be?  What places would you visit to start your collection? 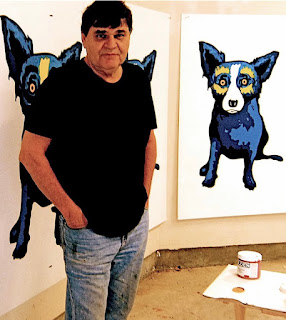 George Rodrigue was an American artist from Louisiana who received worldwide fame for his Blue Dog paintings.  This character was inspired by a Cajun legend called Loup-garou (or werewolf).

Do you have a favorite story or legend in your family or culture? 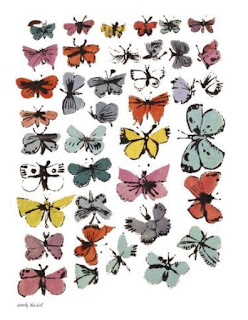 In 1955, Andy Warhol created a blotted line ink drawing of many butterflies that he titled "Happy Butterfly Day".  This was a significant piece of work because it was the start of Warhol creating a repetitive image, over and over.

If you were given a large piece of paper and were asked to draw the same thing over and over again, what would you choose to draw?

Posted by create everyday at 6:36 AM